I haven’t been writing much, I struggle each week to get Evey’s weekly posts done, I don’t have a whole lot else going on, besides her right now. I keep telling myself that her weekly posts are going to be like a baby book, I am going to get them published after I get through the first year, so I need to keep it up. But besides her, and my new Beachbody adventure I don’t have much else to say. 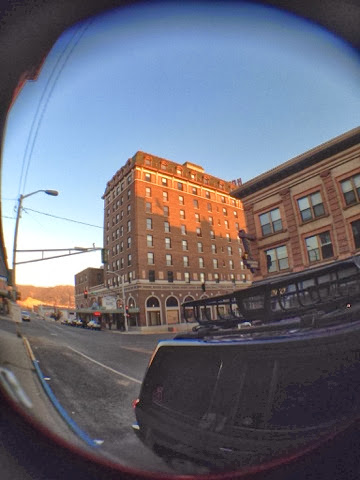 I am in a bit of a funk, I am a bit down that we are stuck here another winter.  We will still be headed to Camp Pendleton, just not until April. Deep down part of me really hoped that extending would send us to Okinawa, even though I knew the chances were incredibly slim. But we will be in the sunshine state, so I can’t complain too much. It’s starting to get pretty cold here, it’s in the 20’s every morning, frost on everything. This week it has warmed up in the afternoon, but it’s still sweater required. I find myself extra tired with the cooler temps, my anxiety has begun to return too. I get anxious when I am away from the house for too long. But I managed to get myself out and get my hair done, I’ve been wanting to go blonde again for months, but didn’t want to spend the money, didn’t want to be away from the baby for 3+ hours, excuses, excuses. Once we found out we would be here for the Marine Corps ball in. November, I decided to get my hair done, for me, because I deserve it.
Two days and one allergic reaction later I am blonde: 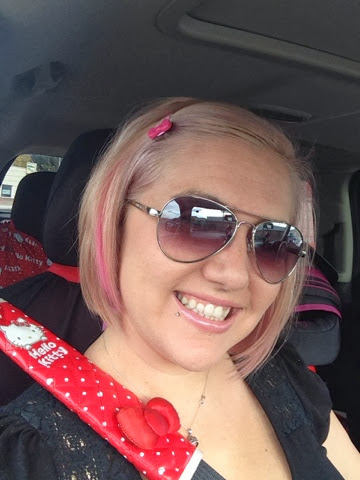 The pink is just hair chalk, and there is a bit of pink toner in it to soften the blond, it’ll fade in a few days. It was a bit scary though… So I have been seeing this hairdresser for a few months, but she has never colored my hair, so when I was sitting in the chair, after the bleach had been rinsed and toner had been applied, I started to itch in my hands I thought “gee that’s weird” assuming it was anxiety because I had been away from baby for almost 2.5 hours now. Then my back started to itch, then my stomach, and my feet. I went to the bathroom and lifted my shirt everywhere I had clothing tight on my body (bra, waist of my pants) was hived and red, then I noticed my face was getting red and puffy. We rinsed the toner from my hair and almost instantly I started to feel better. I was mostly cleared up by the time I got home about 20 min later but still took Benadryl, then proceeded to almost fall asleep in my dinner, but I was hive free! I went back two days later and she finished, using another stylists toner, and all was well. And I am blond again, I feel younger, and more confident.
I have been working out just about daily, we take a few days off here and there, but I really need to step up the diet portion of working out. It really plays huge part in weight loss, and I know that. I’m not eating like a piglet, but I’m not eating great either.

Marine Wife, Mom, Student. Trying to keep a household running while going to school full time.
View all posts by alanamarie26 →
This entry was posted in hair, link-up, update. Bookmark the permalink.

1 Response to Let’s be honest